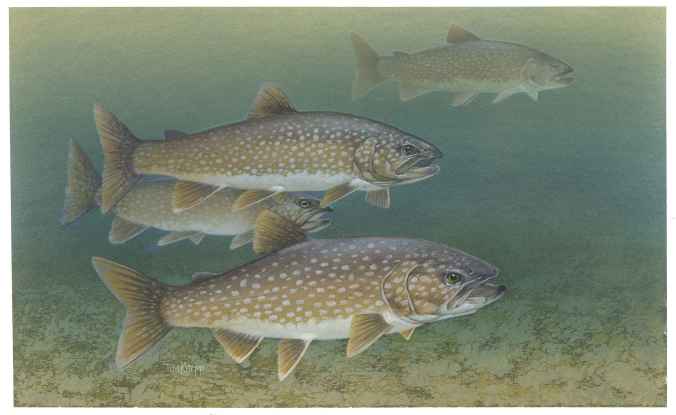 The chars belong to a genus of fish known by the Latin name, Salvelinus. Three species of char are indigenous to Cree country – the arctic char, the brook trout, and the lake trout. Of the three, the lake trout is the largest, with the heaviest recorded catch weighing in at 102 lbs. But it is also notable for another reason – it is the only fish indigenous to Cree country who’s scientific name is Cree!

The lake trout’s binomial is Salvelinus namaycush. The first part identifies it as a member of the genus of chars, but the second part is actually a Cree borrowing. Namaycush, or rather namekos (following a Cree orthography), is one of two names used for this fish in Cree communities around Wînipekw (the body of water otherwise known as James Bay). Its other Cree name consists of three closely related variants mainly used in coastal communities, namely kôkamew, kôkames, and kôkamekw.

The names of many American animals and fish are in fact borrowings from indigenous American languages, but few have been assigned an indigenous scientific name. Pointing out the lake trout’s binomial to Cree-speaking school children will surely make these budding scientists proud!