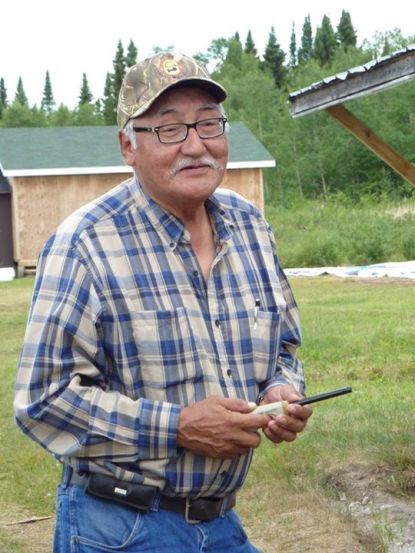 Anyone who ever had anything to do in Nemaska would probably have had the good fortune of having to speak to Lawrence Jimiken. This walking encyclopedia, as many people described him, would often be an intermediary between Nemaska and the outside world as he graciously shared his time and thoughts with anyone who needed him. Those who may never have met him in person nonetheless benefitted from his role as our nation’s Chief Electoral Officer, a position he held for many years that had him assuring the democratic process was respected during elections. Lawrence benefitted our people in many ways. In fact, he even contributed to our knowledge of the Cree language. This being a blog on the Cree language, I thought I’d honour his memory by sharing the little I know about this contribution of his. 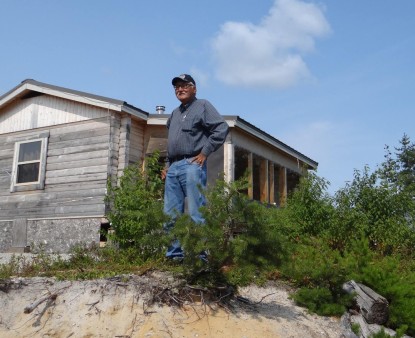 Pedagogical materials for teaching the Cree language were basically non-existent in the 1970s before the establishment of the Cree School Board. In 1973, an enterprising school principal in Waskaganish, John Murdoch, decided to do something about this. Along with Gertie Murdoch, he started what became known as the Cree Way Project in an attempt to address this lack of pedagogical materials. The scope of the project was impressive. Within a few years, hundreds of booklets dealing with numerous topics were written by people from various Cree communities. One of the well-known contributors to this project is the late Annie Whiskeychan. A lesser-known contributor is Lawrence Jimiken.

The Jimiken Report on Cree Geographic Terms would be published in 1974 by the Cree Way Project. Authored by Lawrence with the assistance of Peter Denny, a linguist that specializes in Algonquian languages, the Jimiken Report would introduce students to the complex morphological structure of Cree geographic terminology. The report presents vocabulary associated with land forms spelled according to their underlying morphology rather than their pronunciation. This practice is a vital key to teaching the Cree language and should naturally form the foundation of any standard Cree orthography. Despite being ahead of its time in this respect, however, we continue to endorse orthographic practices based on phonetic spellings that occasionally obscure the meanings of words. 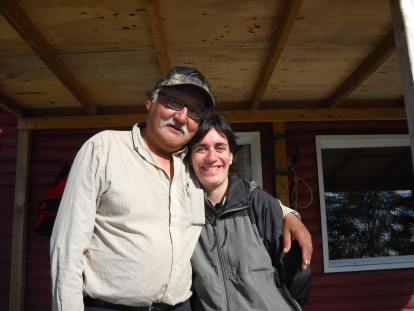 The format in which the vocabulary is presented is also of immense pedagogical value. Lexical roots are listed first, followed by a series of word endings consisting of verbal medials, finals, and inflexions. The goal is to visually demonstrate to the student the various combinatorial possibilities of the Cree language. On page 5, for example, we find the lexical root ᐱᔅᒄ followed by a series of word endings with which it can be combined:

Awareness of this combinatorial feature of the Cree language is crucial to acquiring strong language skills. To help students acquire this awareness, the report would propose various exercises for teachers to use or adapt. Unfortunately, our local schools have yet to adopt an effective curriculum for teaching the Cree language and insightful details of the Jimiken Report remain largely ignored, 41 years after its release.

Our collective ability to recognize, acknowledge, and utilize the contributions of intelligent and industrious Cree individuals will be the key to moving our nation forward in future years. Lawrence was one of those individuals. Let’s all cherish his memory and honour him by recognizing, acknowledging, and utilizing his useful contributions as we assiduously work at building our Cree nation. 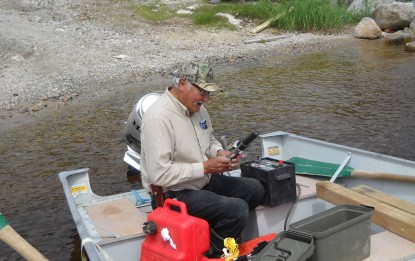